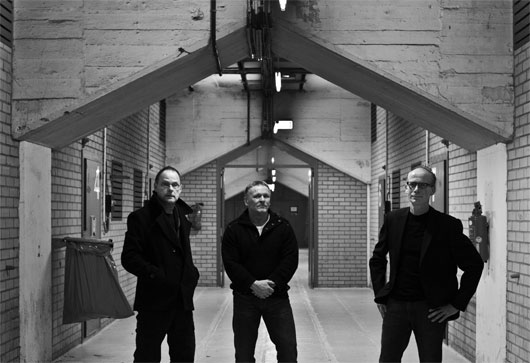 ‘Blues of zo’ is a Dutch power blues trio founded in 1999 by two members of the legendary Dutch Blues band John the Revelator, Cor Dijkhuizen and Tom Huissen.

The band was unintentionally formed on a blues jam in the White Theatre in IJmuiden, Holland where Cor and Tom started to jam with guitarist extraordinaire Henk Schippers. The chemistry during the jam was so good that the three guys decided to start a band on the spot. It was called   ‘Blues of zo’ which means ‘Blues or something’.

The name is a right indication for the sound of the band: the roots are the blues but there are many rock and other influences.

The repertoire of the band consists of own compositions and remarkable arrangements of songs from ZZ Top, Cream, Jimi Hendrix, John Hiatt, and other guitar orientated composers.

Henk’s  guitar playing is the key factor in the band. Cor’s solid drumming and Tom’s McVie-influenced bass riffs are just the ingredients that Henk needs for his endless improvisations on the lead guitar. His versatile and intriguing guitar playing always excites the guitar lovers that come and visit the gigs of the band.

A touch of their live performance can be heard and seen on the DVD/CD ‘Bluestrain to Thalia’ where they guest starred at the 35th anniversary party of John the Revelator.

As the members of ‘Blues of zo’ are all engaged in steady bands (John the Revelator, Blues Six) the band only performs at special occasions.

Now they have a brand new album out, called ‘Bulltes keep knocking me down’. Crank up your amp, sit back, relax and enjoy this great album.